Playwright and poet Christopher Marlowe was knifed to death after leaving a house (not a public as is sometimes reported) in 1593 in Deptford. The circumstances were shady. Days earlier a warrant had been issued for his arrest. Was he a spy? He was buried in an unmarked grave in the churchyard of St Nicholas Deptford. A later plaque in his honour can be seen in the churchyard wall. Lewisham libraries has several books on Marlowe if you want to take things further. 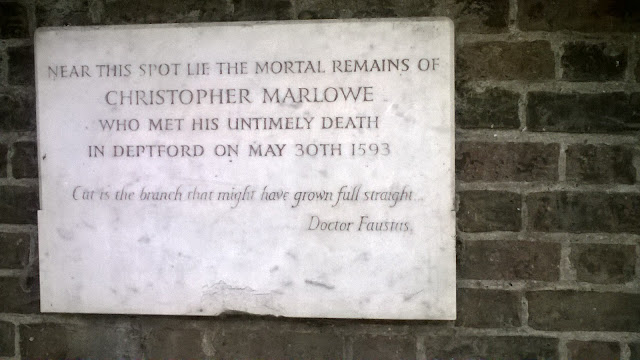 Posted by Lewisham Local History and Archives Centre at 09:56