Throughout October to celebrate Black History Month the Lewisham Local History Archive Centre will post our chosen 15 truly remarkable residents. People who were born in the borough or lived within its borders 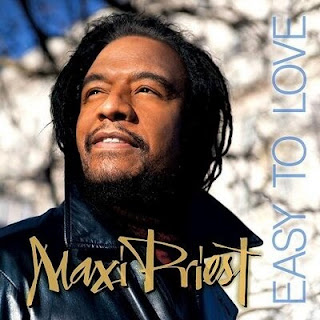 Max Alfred "Maxi" Elliott (born 10 June 1961), known by his stage name Maxi Priest, is an English reggae vocalist of Jamaican descent. He is best known for singing reggae music with an R&B influence, otherwise known as reggae fusion. He was one of the first international artists to have success in this genre, and one of the most successful reggae fusion acts of all time.

Maxi Priest was born in Lewisham, the second youngest of nine brothers and sisters. His parents had moved to England from Jamaica to provide more opportunity for their family. His father was a steelworker in a factory, while his mother devoted her life to Christianity; she was a missionary at a Pentecostal Church and lead singer for the church choir, and as a youngster.  Maxi grew up listening to Jamaican greats such as Dennis Brown, John Holt, Ken Boothe and Gregory Isaacs as well as singers like Marvin Gaye, Al Green, the Beatles, Phil Collins and Frank Sinatra.

He was working as a carpenter when he was invited to build speaker boxes for the prominent Saxon International sound system. It wasn't long before his contacts there discovered that he could sing as well, and soon he was participating in live dancehall shows; in 1984, he and Paul "Barry Boom" Robinson also co-produced Phillip Levi's "Mi God Mi King," the first U.K.- born reggae single to hit number one.

His first major album was the self-titled Maxi Priest (1988) which established him as one of the top British reggae singers.