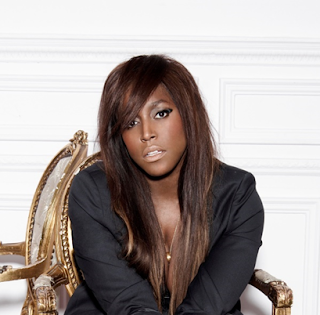 (born Michelle Antoinette Wallen; 7 April 1969)
is a British singer, actress and presenter on radio and television.

She was born in Islington and moved to Lewisham when she was about nine. She grew up singing in her grandparents' church and by her mid teens was making regular appearances with 'The Spirit of Watts' gospel choir. At the age of seventeen, she got her first break as a backing vocalist with the UK band Hollywood Beyond.
In 1988 she released her debut, platinum-selling album, 'So Good’ from which she had her first top ten hit, 'My One Temptation'.

Mica Paris is one of the UK’s most respected female singers with a career full of Top 10 hit singles and albums worldwide. 2003 saw Paris being presented with the Gold Badge Award by the British Academy of Composers and Songwriters for her special contribution to the British entertainment industry. In 2004 she was in the Top 10 list of the 100 Great Black Britons, which was compiled to celebrate the achievements and contributions made by the British Black community over the centuries.

In 2007 she wrote an empowering book 'Beautiful Within,' to critical acclaim. Mica has extended her talents, acting in many dramas and performing in numerous West End musicals.