On this Day - Croydon Canal cut through Forest Hill 1809 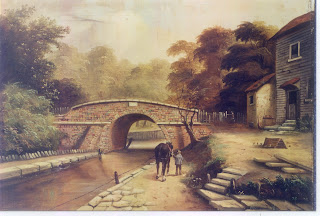 The Croydon Canal was opened on 22nd October 1809. It ran through the borough from a junction with the Grand Surrey Canal near New Cross Gate to a basin in Croydon - now the site of West Croydon station.  It had 28 locks grouped into two flights, and numerous swing bridges. A financial failure it was closed on 22nd August 1836 and became the route for the new railway.

The picture on the right shows the canal bridge and tow path at Sydenham. You can see more images form Lewisham Archives at https://picasaweb.google.com/lewishamheritage/

Posted by Lewisham Information at 10:22