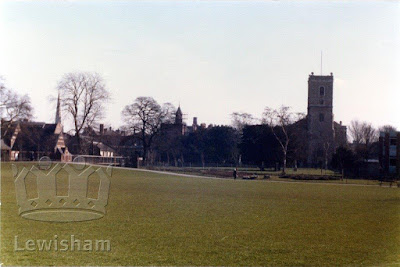 St. Mary's Church, Lewisham is the oldest building in the London Borough of Lewisham.
The Lewisham Local History and Archive Centre presents a selected number of archives and books associated with the Church. 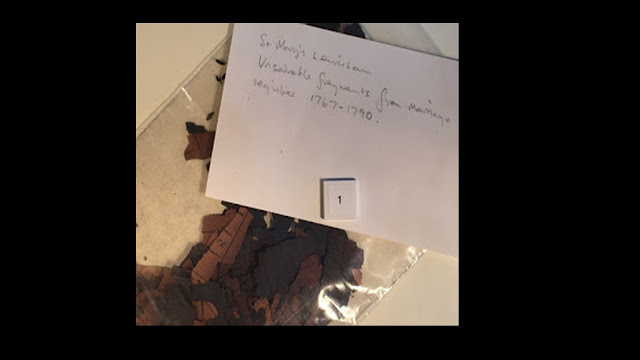 An example of charred parish register fragments saved from the ruins of the 1830 fire, mounted and preserved in Lewisham Archives. Such fragments show the vulnerability of historic documents and the need for conservation by professional archivists. Ref: SM1 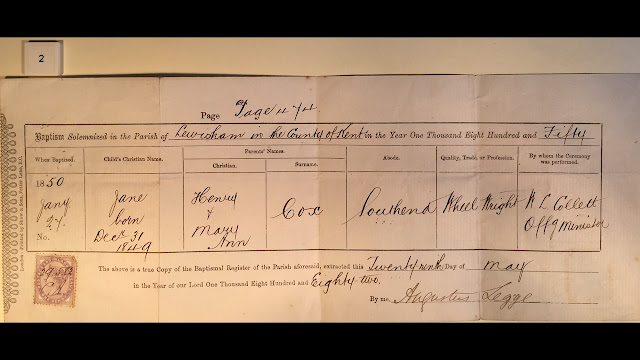 A sample Baptism Certificate for Jane Cox born in Lewisham 1830. It is signed by the then Vicar Augustus Legge. Ref: SM1/1/89 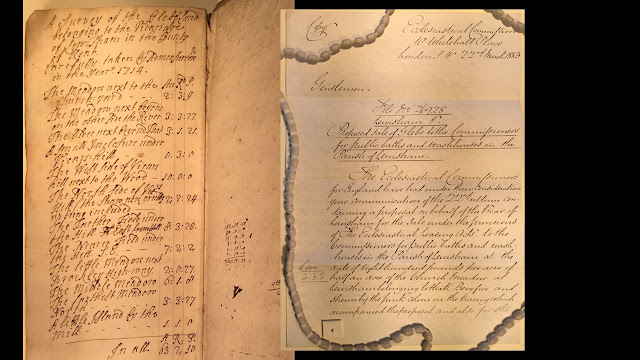 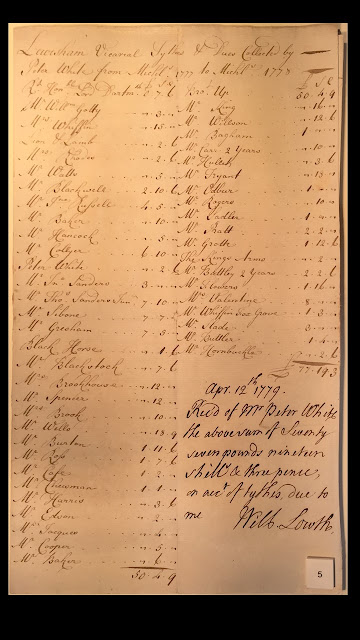 The Church was an important landowner in Lewisham. As evidenced by this glebe survey of 1714 in the Vicar’s note book, list of tithe payers of 1778 and  letter of approval of the sale of glebe land for use as a public baths of 1883.Presumably the land in the glebe survey is the land sold for the public baths. The public baths (better known as “The Playtower”) were built in 1884 and granted Grade II listed status in 2004. There is currently a public consultation on the development and renewal of this historic building. Ref: SM1/1/94, SM1/1/97, SM1/1/96 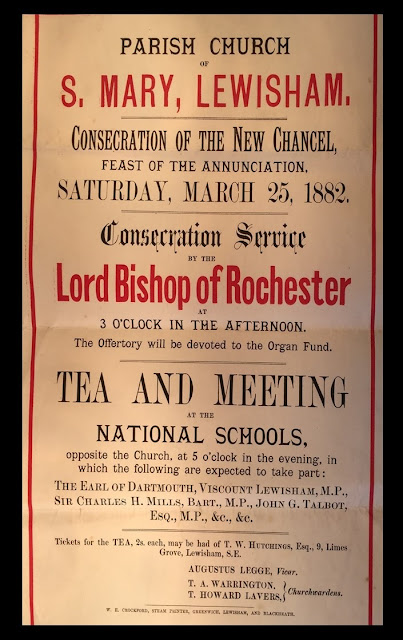 was rebuilt by public
subscription and the current
chancel rebuilt in 1881. The
service was held on the
Feast Day of the
Annunciation (25 March).
Appropriately for a church
dedicated to the Virgin Mary,
this day marks the visit 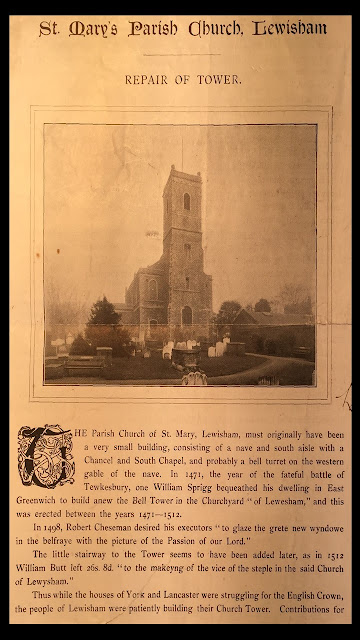 The building work of 1881 did not include the tower which was also in need of repair. Following an appeal for funds, this was done in 1907. In his appeal, the Vicar refers to the history of the church tower. 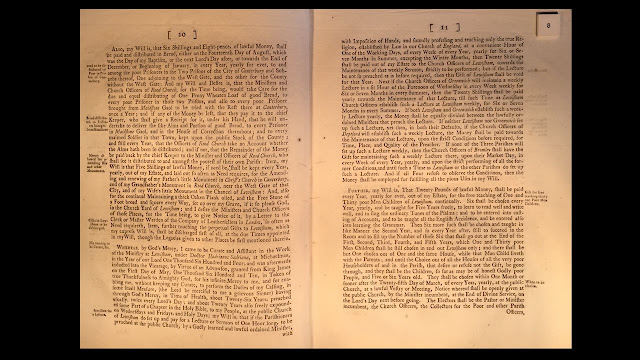 Abraham Colfe (1580-1657) was Vicar of St Mary’s Lewisham from 1610 to 1657, founding Colfe's School, a reading or Latin school (1652) and five almshouses for the inhabitants of Lewisham. He later made provision for both in his will (shown here). Following wartime damage, the almshouses were demolished in 1958. The school later came to bear his name and still exists. Ref: SM1/6/14 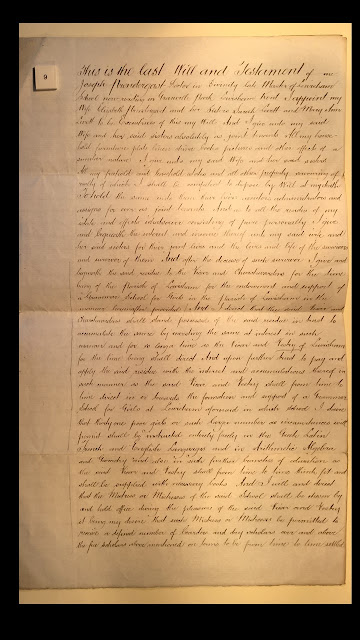 Dr. Joseph Prendergast (1791–1875) was Headmaster of Colfe's School 1831-1857. In his will he founded Prendergast Grammar School (now Prendergast Hilly Fields College) for 31 poor girls in Rushey Green, Catford. The school became comprehensive in the 1970s and moved to the current site in Hilly Fields in 1995. Ref: SM1/6/52 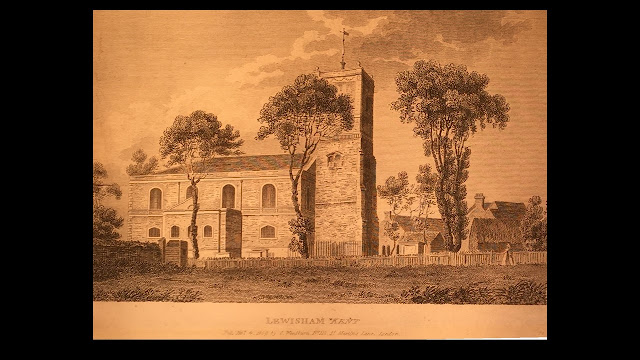 An early nineteenth century print shows the church after the 1776 rebuilding. Ref: SM1/9/2 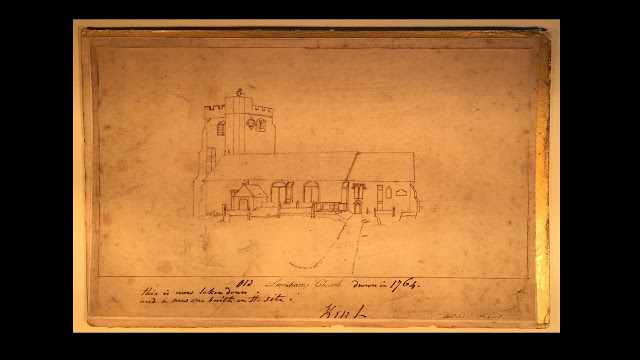 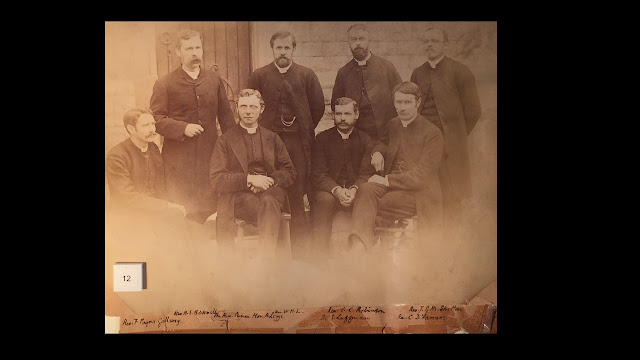 
n this photograph Legge (1839-1913) is shown seated third from the left. Legge was the Vicar of Sydenham (1867-1879) and then Vicar of Lewisham (1879-1901), where his brother was Lord of the Manor. During Legge’s vicariate the interior was remodelled and the chancel added. Legge later became Bishop of Lichfield,Staffordshire. SM1/1/133 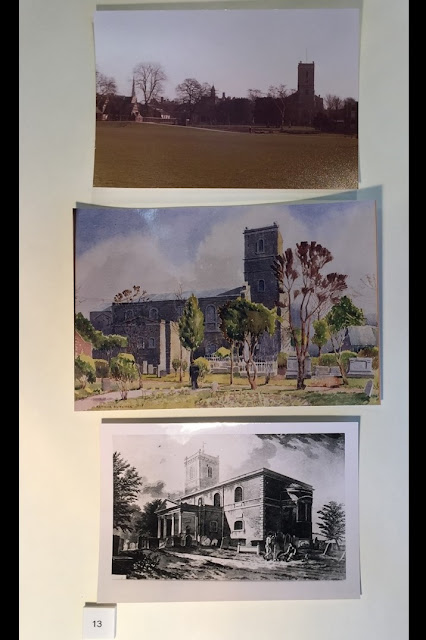 A selection of postcards from the Local History and Archive Centre collection showing old photographs, drawings and prints of the church. The churchyard has been enlarged at least twice, 1791 and 1817. Until Brockley and Ladywell cemetery was formed in 1858, the parish churchyard was the only burial ground. In September 2017, a Therapeutic Garden was opened in the grounds to promote well-being through gardening. It was featured in the BBC Gardeners’ World. Ref: PH79 8796, PH98 19-398, PC65 1211 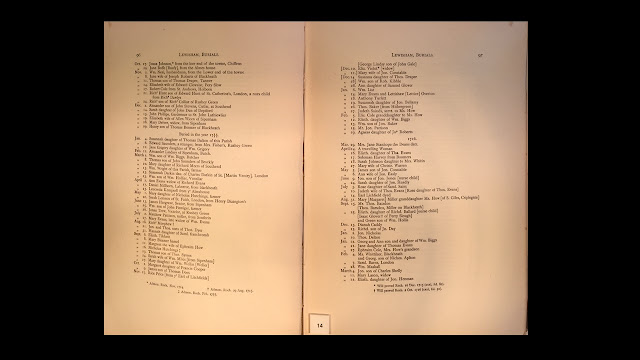 14. The Parish registers of St Mary’s, Lewisham (being such portions as were saved from the fire of 1830), 1555-1750, with extracts from wills relating to the parish. Leland L. Duncan

n 1830 a fire damaged the interior and some of the parish registers were burnt. Fortunately, the noted local historian Leland L. Duncan used copies kept by the parish clerk and other notes to create this transcript of the registers from 1558 to 1750, which he published in 1891. Transcripts of historic documents and archival materials are useful because many of them are handwritten. Transcribing these primary sources helps us increase accessibility to historical records so that all of us can more easily read, search for, and use the information they contain. Ref: 929.3 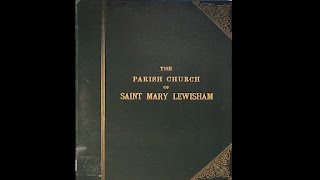 15. The Parish Church of St Mary Lewisham, Kent, its building and rebuilding: with some account of the Vicars and Curates of Lewisham. Leland L. Duncan

First published in 1892, this classic account of the Church’s history was written by Leland L. Duncan (1862-1923), a highly productive local historian and antiquarian. He was born in Lewisham and lived his entire life in Lewisham. He also published a transcript of the monumental inscriptions in the church and churchyard in 1889. There is a plaque to him at 8 Lingards Road, Lewisham, SE13. Ref: 726.583 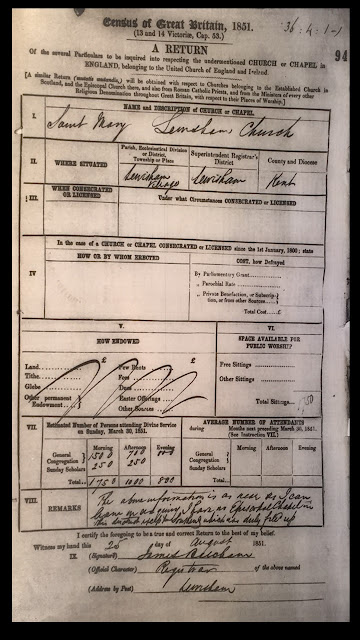 The 1851 Religious Census was a unique survey of all identified places of religious worship then in existence, including Nonconformist and Catholic chapels and Jewish synagogues as well as Church of England churches. The surviving returns provide an invaluable snapshot of religious practice in the middle of the nineteenth century. As this census return for St Mary’s shows, Sunday attendance could be as high as 1,750. The church was obviously too small to accommodate a growing population. New sub-parishes were created and with them the demand for new churches. Saint Bartholomew’s church, Sydenham was built 1827-32, with St. Stephen’s following in 1863-65, St. Mark’s 1868 and St. Laurence’s   1886-7. Ref: 808.883 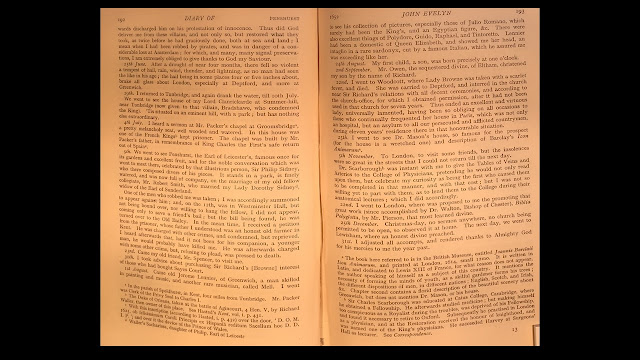 John Evelyn (1620-1706) was an English writer, gardener and diarist who lived in Deptford from 1652. The entry for Christmas Day records he attended St Mary’s church. Ref: 726.5

Posted by lewisham local history at 12:34